Justin Bieber debuted his new song titled ‘Peaches’ during the latest NPR Tiny Desk (Home) concert. The 27-year-old performed the world premiere of his track from his upcoming album ‘Justice’, which is set for release today. Bieber’s Tiny Desk performance was stripped down, compared to the recorded version which features guest vocals from GIVEON and Daniel Caesar.  Bieber also performed the tracks “Holy” (the studio version features Chance the Rapper), “Hold On,” and “Anyone.” You can check out the full Tiny Desk concert – here.

Bieber also revealed on Instagram this week that the music video for ‘Peaches’ will be released along with his album on Friday (today). You can view the video for “Peaches” at the link – here.

Justice is officially available on your streaming service of choice now. 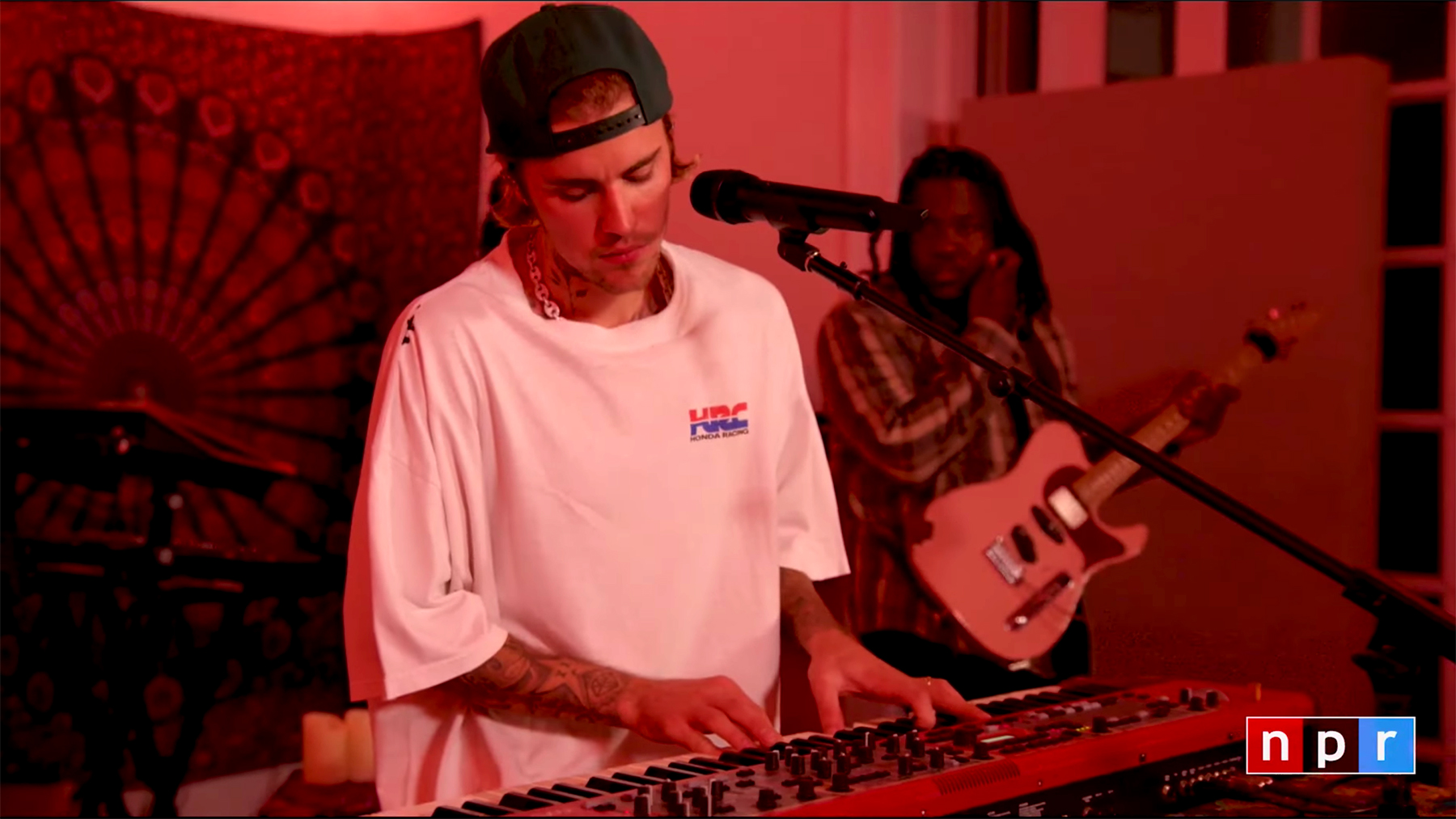