Skip to content
By February 22, 2021Pop NewsLeave a Comment on Machine Gun Kelly and his daughter to appear together in new film “One Way”

Machine Gun Kelly revealed that he is officially acting alongside his daughter Casie Baker in an upcoming film One Way.  MGK shared the news with his Twitter followers, “My daughter is in this movie with me and I just saw her name on the press release ima proud dad and Storm is so talented ” MGK also posted photos of him on set with Casie as filming for the movie continues.

One Way also stars Euphoria‘s Storm Reid, Kevin Bacon and Travis Fimmel.  Machine Gun Kelly plays Freddy, a man who is on the run with a bag of cash after a robbery of his former crime boss goes wrong. According to a film synopsis, “With a potentially fatal wound, he slips onto a bus headed into the unrelenting California desert. After a call for help, Freddy’s estranged father (Bacon) betrays him, notifying the crime boss where he is. With his life slipping through his fingers, Freddy is left with very few choices to survive.”

MGK has previously acted in films such as Netflix‘s Bird Box, Project Power, Nerve with Emma Roberts and King Of Staten Island with Pete Davidson. Back in 2019, he portrayed Motley Crue drummer Tommy Lee in Netflix’s The Dirt. Earlier this year, we saw Machine Gun Kelly direct longside MOD SUN the musical film Downfalls High, based on his latest album Tickets To My Downfall. 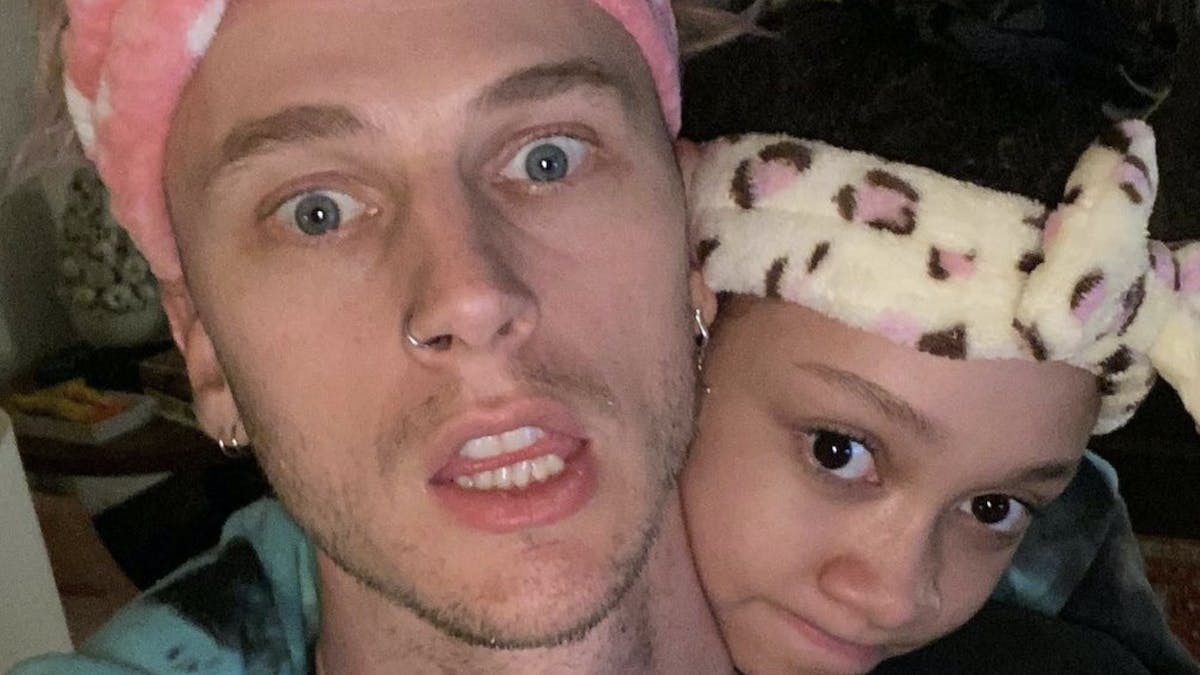