The singer, wearing sunglasses, a black cowboy hat and faux fur coat, began with a rendition of Mazzy Star’s “Fade Into You,” before going into two songs off her latest album Plastic Hearts. For the latter song, she stepped out of her tiny room to reveal the musicians playing alongside her. 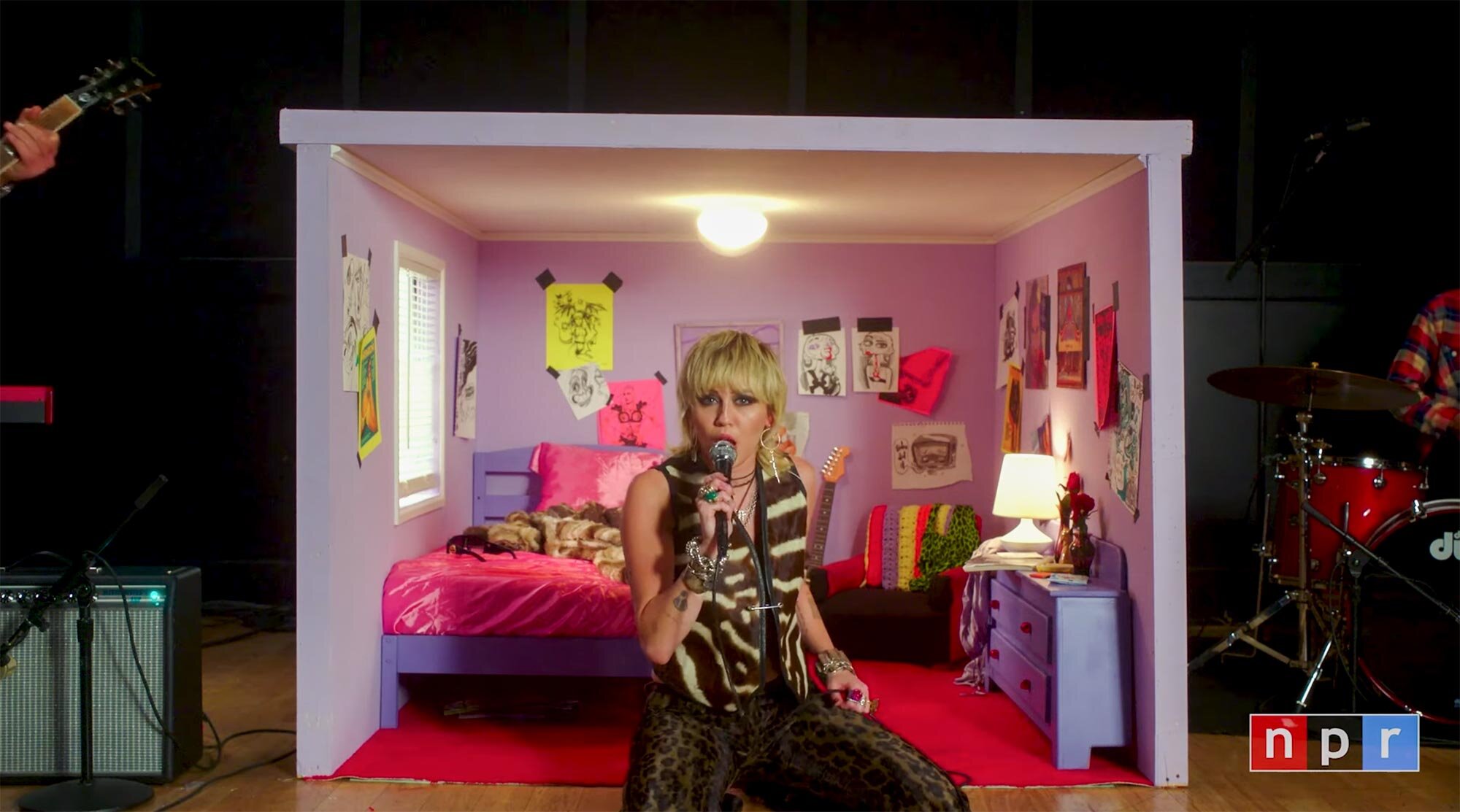