Skip to content
By January 20, 2021National NewsLeave a Comment on President Trump pardons Steve Bannon and 141 others in final hours in office
On Tuesday, President Donald Trump granted clemency to dozens of people, including his former adviser Stephen Bannon and top election fundraiser Elliott Broidy. In his final hours at the White House, Trump pardoned 73 people and commuted the prison sentences of 70 others in one of his final actions as president of the United States.

The White House said in a statement that Trump granted a full pardon to Bannon as prosecutors pursued “charges related to fraud stemming from his involvement in a political project,” adding, “Mr. Bannon has been an important leader in the conservative movement and is known for his political acumen.” Bannon, a former senior White House adviser, was arrested and charged in August for allegedly defrauding donors of hundreds of thousands of dollars in connection to an online crowdfunding campaign known as “We Build the Wall” in 2018.

Trump had previously granted clemency in the months leading up to his final day in office to close aides, associates and friends including his former campaign adviser Roger Stone, his former campaign chairman Paul Manafort and his former foreign policy adviser George Papadopoulos, among others. 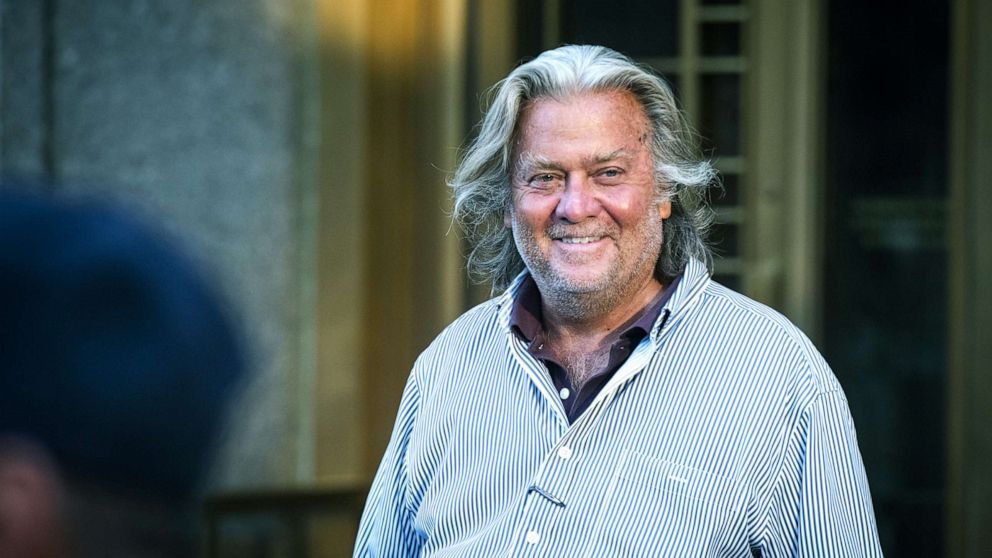 Trump pardons Bannon, other allies on final night in office

Via abcnews.go.com
President Donald Trump late Tuesday issued a final batch of pardons and commutations to a group…
01/20/2021 1:29 AM